I'm very fed up with the University of Toronto, and its terrible network management. Last Saturday, I was cut off from the internet at about 11:00 PM for no apparent reason. I hadn't touched any cables (I'm hooked up by a cord), and the other people in this suite had perfectly working internet. I sighed heavily, scooped some ice cream, and proceeded to diagnose the problem.

The little connectivity symbol on my startbar was acting strange. Once in a while it would appear normal:

But sometimes, a yellow exclaimation mark would appear, signaling that something was wrong. After running a diagnostic test, Windows 7 told me my configurations were correct, but it couldn't connect to the primary DNS. I tried disabling and re-enabling, jiggling my cord, and even ran a bunch of ipconfig commands in hope it would be fixed. No luck. Here's what it would look like: 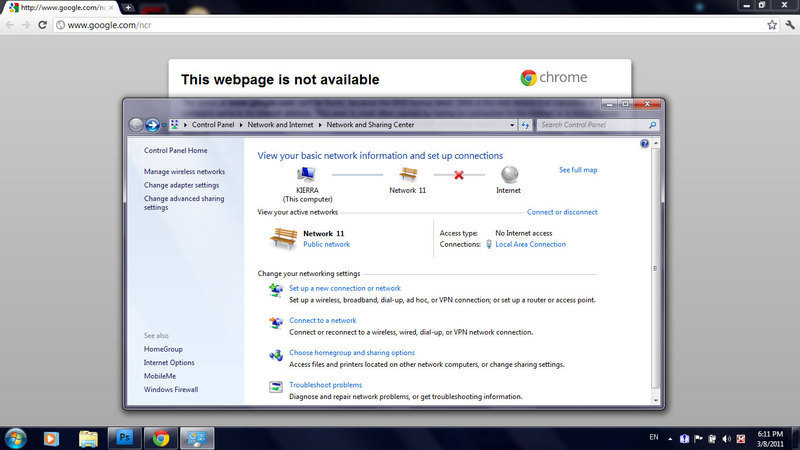 Let me rewind. I'm currently living at the University of Toronto for the summer for an internship - I don't actually go here. My $600/month under a 4 month contract is supposed to include internet service, and I have been very careful not to violate any of their sensible rules. I say sensible, because I'm pretty sure a failing law student drew up their contracts. I point you to one of many issues with the Occupancy Agreement, for example:

14. The Resident will not keep any firearm, fireworks, weapon, explosive, animal, fish, reptile, insect, bird in the Room, Suite or Residence

Read it carefully - multiple problems should jump out at you. This is a completely insensible request, and every suite in the entire building is in violation. So once again, I obey all the sensible requests.

But why? I didn't get a knock on the door, a message, or even an email. Okay, network administrators are sensible people - I'm going to go talk to them. If they're up banning me at 11:00 at night, they should probably be awake right? Wrong. My suite mate told me that apparently (I can't confirm this) this university has software that flags individuals. Then, apparently there is a delay between flagging and banning. This means that once you've been flagged, you will be banned at some random time in the future. I really hope this is not true... but evidence thusfar corroborates the theory.

I went down stairs and I was told that the technicians "do not have a set schedule". Furthermore, I was told I could not contact them directly, and that I could fill out a form and they would find me "when they have time." However, being a long weekend, that might not be until Tuesday. I was about to have a verbal scuffle at this point with the desk staff, but realized they couldn't do anything about poor policy. I asked for a contact number, made them aware of my situation, and went up stairs to sleep.

The next day, a technician comes to my door and tells me he can't do anything to help me. Yes, he came to my door to tell me this. He further assured me that he would find out what was going on, and at least let me know by Tuesday. He couldn't even find out why I had been banned, and blamed it on the "central network" - and his tone suggested it was some sort of omnipotent power. He further suggested that I may have been banned in error, and that I should find alternative ways to access the internet.

Good point, technician! I might have been banned in error. I went back to my computer, and decided to just get myself online, because it's not like they intended to ban me - right? 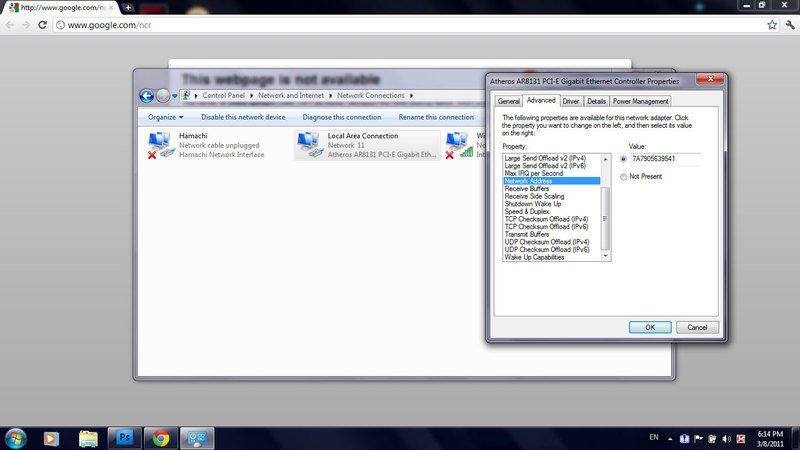 Good thing Microsoft smartened up and made it easy to spoof your MAC Address in Windows 7. I didn't even have to do any tinkering. So there it was, I changed my MAC Address and what do you know? This happens: 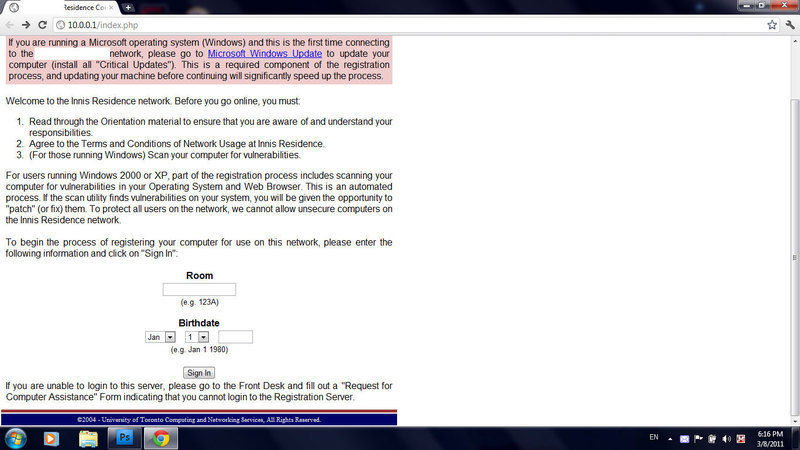 This is the standard page, telling you to authenticate yourself. I just used the same information I signed up with originally, and it worked. Had they banned my records, could easily have wrote a script to brute force every room-birthday combination. Of course I didn't, because I wouldn't want to do anything bad. They hadn't banned my room, so it must have been a mistake. I ran a security check, and bamn: 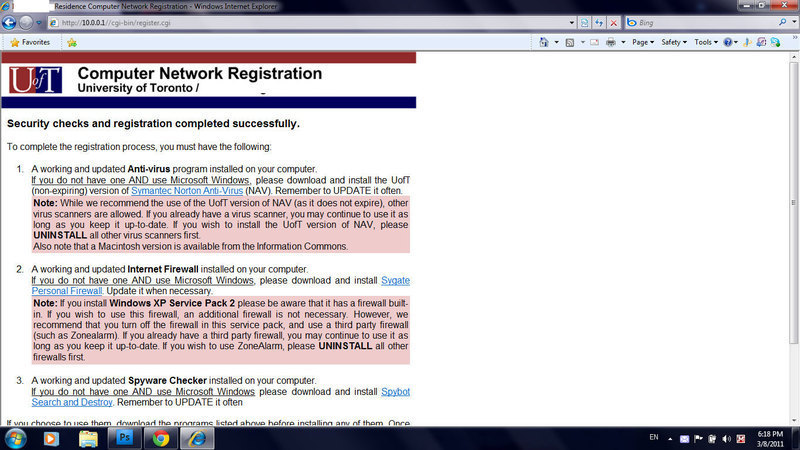 I was back online! I could hang out with all your wonderful people again: 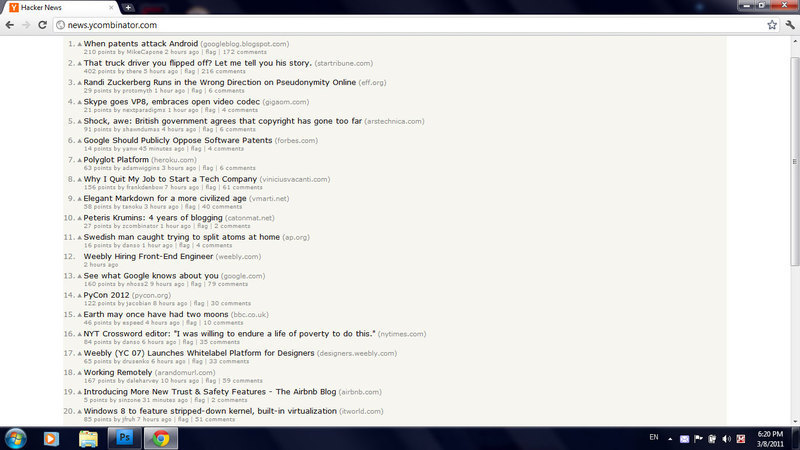 Subsequently, I have been banned again yesterday, and just now again about 50 minutes ago. The funny thing is, I figured maybe I had broken one of their rules.. so I did a test. Between when I was first banned and now, the only things I have done are:

No video streaming, no downloads, not even YouTube. It's almost Thursday, and no one has gotten back to me yet. I know this isn't a big technical accomplishment, but it's a great illustration of outdated techniques and poor implementation/service. At the very least, it's a semi-funny story to read (I hope).