We were an internet company rendering an internet service - so it was only fitting that we should have a website. Sadly, I was a money-starved student, and didn't have enough confidence at the time to invest any money into a domain and hosting. Luck should have it, I was an entrepreneur with an idea, and like every entrepreneur who needs money, I asked someone else for it. Humiliatingly, I don't actually remember his name, but this kind/evil person gave us web space, and bought eternityro.net for us. We were friends - with emphasis, because I didn't really enjoy his presence at all. He wasn't very cooperative, and he was extreme emotional and belligerent. Actually, overly-emotional people seem to be a theme in this series, and if you take one piece of startup advice from me, it should be this: don't place any sort of power or leverage with any emotional people.

But ultimately, he was willing to fund us when nobody else was, and that made him an asset at the time. I emoted smiles to the outrageous things he'd say, and softly acquiesced to all the ridiculous things he wanted in return. He didn't want to be paid back (that would've been acceptable) - he wanted us to cheat for him, which was the very corruption we started Eternity to eliminate. Funny how things work out. I took the funding even under these conditions, because I knew I'd weasel my way out of it later. Facing this decision again, I would've found a smarter solution.

It was done. We had hosting so I started working on a website. I remembered my friend Jason (the genius who made MangaMasters and the CMS behind MapleTip)--a wonderful hacker--had helped me make a webpage for a board game that some friends and I wanted to release when we were younger. Here's a picture of the Dash Gaming game. We had the projections, company culture and strategy all fleshed out, which was a pretty big deal for us, at our age. Sadly, the product never launched as real life got in the way. 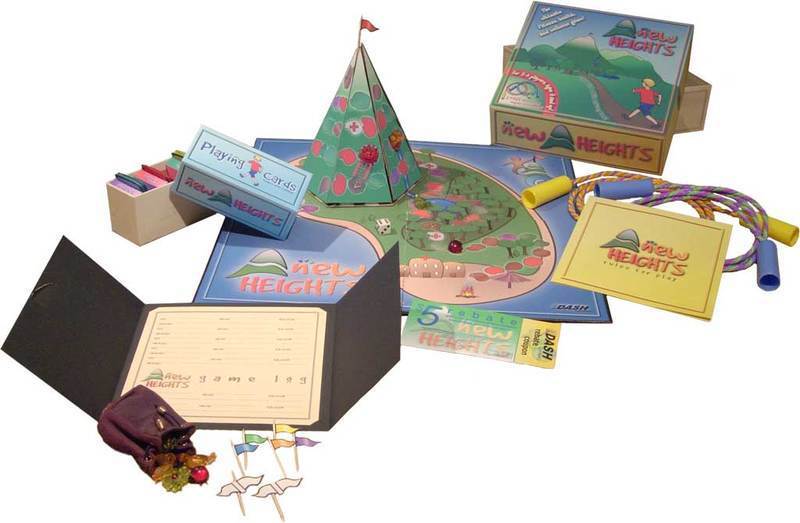 Anyway, I adjusted the site he kindly made us into the prototype EternityRO page and used what little php I knew from trying to write my own MUD to make it seem a little more sophisticated. It's probably full of security holes, but back then, everyone was rooting for our success so it hardly mattered. We were the new cute-girl at school. Everyone either wanted us, or wanted to be like us. Okay, bad analogy - excuse me.

Next, came the forums. The main forum softwares available back then were Invision Power (IPB), vBulletin, and SMF. Yet, we had little choice, considering every server our target population has ever played on has used IPB, and I knew how much people resented change. Problem! The licensing fee for IPB was $150 - which was $150 we didn't have. Ayumi came to the rescue, and told me she found a copy (license) for IPB. I realized in the back of my head that this wasn't a legitimate copy, but at this point I just wanted to make Eternity a success. "This is legal, right? *cough*" I asked her. "Yes," she replied. Good enough for me.*

* I later corrected for this mistake, by purchasing an actual license for IPB in addition to their support licenses for the next few years.

Next was our support and discussion channel. Not every game needs this, and there are drawbacks, but IRC-type support can also be valuable for a number of reasons:

We settled on a free IRC channel on the deltaanime.net server - which honestly, is a terrible server. But, that's what everyone else was using, so we went along with the flow. DeltaAnime, otherwise known as DA, actually ended up hosting eAthena for a very long time, and branched their own VPS business that way. There'll be more about this later, when I describe my abuse of advertising channels.

Before I go any further, I need to retrospectively* delineate the market landscape we were about to enter, since without a basic grasp of the situation, what I'm about to describe won't make much sense.

The RO private server market was an unmitigatable disaster, and the only factor driving entry was irrationality. If anyone had paused to think about their chances of success, or even their projected lifespan if successful, no one would have started new servers. Yet, they did - in droves. Even in present day--now that the market has died down significantly--if you google "top ragnarok servers", you'll find a site ranking at least 500 of them. You'll also find other sites that list even more.

Now that we know there are hundreds, if not thousands, of private servers, you'll have to take my word that new servers have an average lifespan of 3 months. It takes the average hopeful about one month to realize his dreams aren't going anywhere, and another two months to admit it. These are qualitative conclusions, but considering my expertise in the area, I feel qualified to make these as if they were based on quantitative facts. Why does this happen? Every server owner knows that he needs a large population to sustain the server, because that's what all private-server players have come to expect. Yet, they only focus on trying to get more population, because they believe their servers are perfect. I don't disagree - they very well might be. Some of these unknown servers developed features that my entire development team couldn't. Yet, they're dead.

Small tangent: I sense a lot of hostility in the HN community, from developers towards business people. I think, for the most part, this is generally justified, since most self-proclaimed business people are people who don't have any other skills... and "business" is generic enough to fake. I really don't know where or how you learn business skills, but I feel it comes naturally to some people. In this situation at least, it wasn't our development team--as awesome as they were--that allowed us to thrive.

To summarize: this market sucks. Did it affect us? Yes, it worked to our advantage, but also limited our size.

* -Shiver-...In my current line of work, everyone absolutely hates the word "retro".

The Chicken and the Egg

This was a MMORPG (Massive Multiplayer Online Role Playing Game, often confused with Many Men Online Role Playing Girls), and the key performance indicator that everyone cared about was population. As aforementioned, players had developed a cynicism towards servers, and only wanted to play on ones with a large population (and therefore didn't wipe). If a server started out strong, late adopters would flock in as well, bolstering the population. If a server started weak, most of the early adopters would be gone in a day or two. This led to a lot of spam on part of server staff, trying desperately to get players to go to their server. "We have better features! Come play here!" they yelled, and no one listened.

I approached things differently. I talked about vision, and instead of telling people what we had, I told them what they wanted, and why they wanted it. I told them what they hated, and why they hated it. If you want to speak in business terms, I aligned our customers with our corporate culture. Once I elucidated their own desires, I connected our server as the answer. I actually just read Steve Yegge's response to HN commenting about suggestion, and it's fascinatingly related: I kept telling people we would be the final answer, and people believed it, even though I didn't offer any proof. In fact, at that time, I didn't even know that eAthena ran on Linux, or how to compile code. There was so much blind faith, that believers championed my ideals, and preached to their friends like it was their own idea. These people actually ended up being the most valuable part of my community.

It was time to spread the word that EternityRO existed. What advertising channels did we have that were free? Hmm, let's see... we could... ... ... spam other servers. I mulled this over for a little while, and came up with a tactic I called tactical infiltration - which at best, falls into a legal and moral grey area. Instead of spamming directly, my idea was to go on another server's forums, and create a topic called "Quitting, hosting a contest", whereby a non-existent character would pretend to have a lot of gear to give away. He would then post some text akin to "I'm quitting this sever for EternityRO" without leaving a link, as to avoid suspicion. The contest would list items, and say "the 100th person to post the name of the item they want gets it". Commence flooding. I did use this technique later on, and it worked amazingly well. However, I didn't need to do anything of the sort for our first launch.

Ayumi told some of her friends, who talked to me on IRC. Within the next three days, our IRC channel had grown from 3 users to 25, with most of these people being either socialites in the community, or guild leaders. I boasted, I smiled, and I made it seem like I was listening to what they had to say. They asked me for a release date, but I told them the release would not be for another 2 months. Most release dates are within a week of announcement, but Eternity would be in two months time.

My reasoning was simple. When we released didn't matter, since we were competing as a new server, against large late-stage servers. The longer we wait, the more upset their players become, and the more leverage we have. The longer we wait, the more time news of Eternity has to spread, and the longer people have to consider it. The epiphany was: by that time we had become an established thought, and not something that can just be forgotten.

You see, servers are inherently unstable for players, and they need to be on constant watch for the next server that everyone else might flock to. Everyone else seems to have forgotten that large groups don't make decisions as a group - they make the decision they think everyone else will make. Therefore, it's only necessary to make everyone think everyone else might go to Eternity when it starts. If they believe there's a chance, they'll make an account and start playing on the first day to establish an advantage for themselves and their guild. Once they see that everyone else is doing the same thing, it's only natural to assume everyone else has made their decision. It's a little funny. Instead of having sheep being led, we have sheep leading sheep.

That was my plan anyway - but plans rarely work out the way you want them to. I forgot to account for demoralization in my favor. After hype about EternityRO picked up, people just stopped playing on other servers completely. They felt that any more time spent on those servers would be a waste of time, since Eternity had so clearly become the better choice. I asked them why they thought this, and they echoed to me the same reasons I had given them weeks ago. The stage was set, and a third of the English-speaking low-rate community was ready to move to Eternity on the first day.

(more to come in future posts... I'll tweet them as I write them! @zeteg)