I found myself sitting in Dolores Park the other day, conversing with an absolutely lovely young lady. We were discussing the permanency and additive nature of success, as well as the implications it had on our lives. "At our level, we can't really fail anymore," I told her. It was true. Though our words rang resoundingly haughty, the facts were indisputable: both of us had acquired a fantastic set of marketable skills--proficiency, experience, and triumphs--all with sufficient depth and diversity, that even if we completely failed at our current jobs, we would still be okay. Maybe not great - but we'd almost certainly elude crisis.

But how did we get here? What clandestine set of prerequisites must we have inadvertently navigated to become so fortunate? We had no idea where we would end up after university, and we certainly didn't plan it. We must have made, with impeccable consistency, an absolutely improbable set of good decisions to have rocketed ourselves already, in our twenties, to be part of the top 5%. We must be geniuses, or at least, really really smart. Right?

But that's unlikely. I, for one, have made more bad decisions than good decisions, and I certainly can't point out any one thing that provided an obvious advantage. Quite the opposite. I've always jumped around, from interest to interest, and have spent time designing orbital paths for a satellite, to training at the Shaolin Temple. What it really boils down to is luck, or rather, our ability to grossly optimize for lucky situations. By virtue of our personalities, we just happened to place ourselves where we were most likely to collide with opportunity.

Thus, this guide is for the ambitious student, the doting (smothering) parent, and those who are just curious. I'm going to step over the general advice that you find from Ivy League admissions and successful entrepreneurs, and give you tangible and acutely biased opinions on how to optimize for luck. I won't tell you to "be yourself" or to "follow your passions", because let's face it - while you should do those things, that advice essentially says, "do nothing". It's almost like asking how much something is, and being told "it could be very expensive but you could find a good deal."

Look for problems around you

Honestly, I believe the primary trait that governs success for the majority of people is perceptiveness. Unfortunately, because of Dunning-Kruger and associated reasons, it can also be one of the most difficult to learn. Perceptiveness is the willingness to look around you, and see things that are wrong with people, the world, and yourself. Perceptiveness is instinct to list out potential solutions.

A perceptive person would look at a long line, and ask himself why it is so long, and whether it was a conscious business decision. He would then ask himself how the line could be shortened, and whether it would make sense to do so. A perceptive person may use a door, and ask herself why a particular door has a door handle when it's meant to be pushed. She would then ask whose fault it was for installing it, and whether the door company had planned for the door to open in both directions.

In essence, a perceptive person is a person who asks why so much, that the visceral hunger to fix problems becomes ravenous. As you can imagine, perceptive people tend to do well in life. They're able to identify problems, correct them (in both themselves and processes around them), and leverage the remaining inefficiencies to their advantage. They find loopholes; they cause trouble.

If you want to learn to be perceptive, keep asking yourself why things are the way they are. Improve your curiosity. Nurture your whims. Learn to recognize bad kerning, no matter how painful it is, and begin to find tangible reasons to criticize everything and everyone. But remember, just because you recognize it doesn't mean you have to vocalize it.

Join a speech or debate team/club

American Prometheus tells a story of Robert Oppenheimer, the director of the Manhattan Project, during his days at Cambridge University. After trying to poison one of his tutors--an affair that would get most of us thrown in jail--Oppie managed to talk his way into a simple university-probation.

Oppie was a man who could talk, and talking will take you far. Whether it's an interview or a presentation, your verbal communication is one of the most important facets of any job. When I was organizing the Canadian Undergraduate Technology Conference in Canada, the CEO of one of our sponsors told me he was desperately looking for, "engineers who could talk".

Join some sort of club that forces you to speak and react publicly. The more you do it, the more comfortable you will be doing it.

Oppenheimer was also known for his childhood insensitivity to fear, bordering on a crazed disregard for death. I'm not suggesting you flirt with Hades, but I do think it's important to know which fears are rational, and which are obliquely irrational. When you recognize a fear has no place in your life, such as with skydiving, you should probably conquer it. What you really want to do is abate your fear of failure. If you never try, you'll never succeed - and most smart people avoid trying by making excuses for why they can't try yet. Not trying today is never trying. Some of my friends have been telling me they want something--a better job, their own business, etc--for years. Unfortunately, they always have an excuse.

I feel compelled to mention something just as dangerous as the fear of failure: the fear of success. While more relevant in personal terms, be careful that you don't scorn beautiful opportunities due to a fear of success. Sometimes our minds conjure up crazy excuses because we're scared of losing what we have now, even though the alternative may be so much more pleasant. Sometimes, we're afraid to give up what we've been hanging onto for years, even when an opportunity for something else--something better--presents itself.

Don't let fear glaze your eyes. Don't fall into the trap. Reject fear. Make the first move, and if you've done anything you now regret, put yourself out there and try to fix it. More often than not, kind and intelligent gestures produce results.

I gave a solid example of the importance of writing in my post about Ivey, but I'll reiterate here. Writing, along with speaking, composes the very essence of communication - and without communication, all your other skills are basically useless. Learn vocabulary, learn expression, and communicate with your words, through different mediums, in different situations, and to different sorts of people.

How? I recommend doing enough reading and studying so that you're familiar with how English works. Once you're no longer vomiting run-on sentences and struggling between 'then' and 'than', read one book by your favorite author, and then stop reading. Start writing. Find friends, teachers, and family to read your writing and give you feedback. Write stories, write blog posts, and even dabble in poetry. Take the feedback seriously, and work to actively become better.

You don't need to be a literary master, but an educated reader should much prefer to read your writing, than to stab himself with a fork. This is a surprisingly difficult level of competence for most people.

Be part of a club on campus that organizes something legitimate

Don't join a club - be part of its organizing committee. Joining a club, honestly, does almost nothing for you. You're thrown into a set of catered events, and while you might have a lot of fun, you're doing exactly what everyone else is doing. You probably have next to no responsibility, and worse, you might think that you do.

Instead, join the executive team. Help organize events. Meet other talented/passionate people, and grow your network. Competent people will reappear throughout your life if you become successful, whether you like it or not. If you can show these people how awesome you are, it will go a long way.

Just do it. You don't need to be a coding wizard, but you should know how technical systems work. Technology will inevitably devour everything, and having a sense of what is and what isn't possible is going to make your life so much easier.

If you manage to become a prolific coder, you instantly ameliorate your career options. Not only is every technology company scrambling to find talented engineers, but Silicon Valley is now sitting above six figures as a new-graduate starting BASE salary. That's before stock, bonuses, and other benefits. How much stock? Let's just say that stock in the Valley is often referred to as "golden handcuffs" because you get so much that you don't want to leave. What a great problem to have. 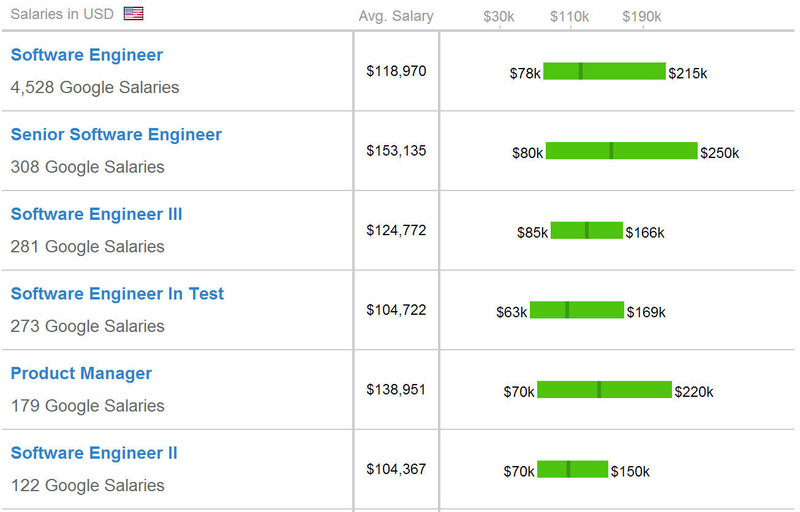 You can tell me all you want that coding isn't your calling, or it's just not something you'd be good at. You can tell me all that, and I'll just refer you to my previous point, and proceed to call you a coward. Coding at a basic level is not difficult. Even if you don't do it as a job, it'll improve your quality of life significantly. Take a free class on Coursera, or use one of the hundreds (of thousands) of resources available to you online.

In high school, I entered an essay contest which asked me to write a 1,500 word essay on how The Battle of Trafalgar would have turned out if the other side had won. Having no knowledge or interest on the subject, I wrote about the implications of The Butterfly Effect instead, and how a historical change would render the future impossible to predict. This three-hour effort won me second place, and I was called down to the office and given a medal. My friend, who researched and wrote a stunningly beautiful paper, won first place.

After winning the aforementioned award, I leveraged it as evidence of my 'literary skill' to get me into a leadership role. From that, I ended up in front of the school during graduation, accepting another special award. Much of winning awards is just having won previous awards. No matter how small and inconsequential you think an award is, just remember that it can be a necessary stepping stone to winning more prestigious awards.

No organization wants to credit a prestigious award to a nobody. People like giving awards to those who have other awards because it makes themselves great by association. Shad Valley, for example, always extols their alumni for winning honors like the Rhodes Scholarship. This makes more people apply to Shad Valley, and lets them pick people who have more accolades in their name, which in turn feeds the cycle and creates even more award-winners and associations. If you have no awards, coax people who do to join group contests with you. Think of them as feeder schools for winning awards.

My friend explained to me that kids start preparing for elite universities even before grade 9, and she told me of a brother who felt compelled to follow in her footsteps. He had been stressing himself out, feeling he had to be successful to measure up, forgetting that success by traditional standards is not always a great measure of the greatness of a life.