It's that time of year, and all the second year students are scrambling to learn as much as they can to win the fabled Feasibility contest. My group won last year, and I was one of the two presenters. Here's what the prize looks like: 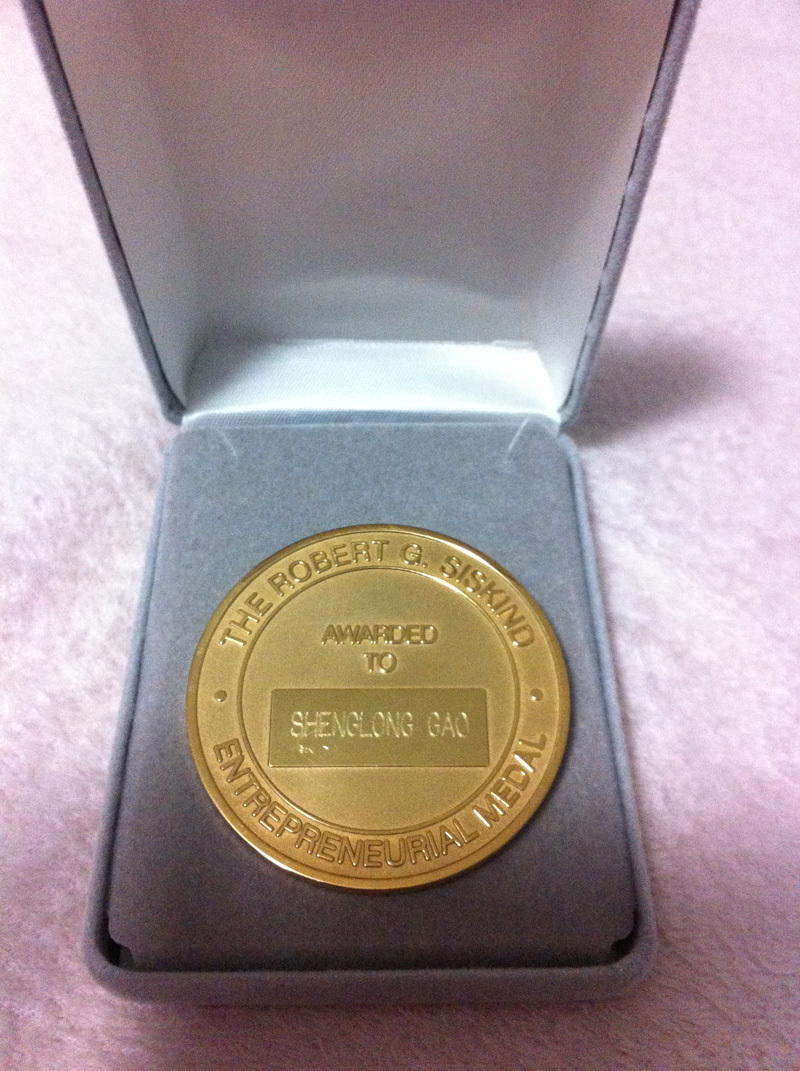 Feasibility is a semester-long project for the Business 2257 course. You're broken up into groups and expected to assess the feasibility of a new venture by researching, projecting, writing a report, and pitching the idea. You compete against every other second-year business student, or student who intend to apply to Ivey. In all, that's about 2,000 students and around 280 teams.

As incentive, you win the above medal plus what works out to be about $125/person. The medal is nice and heavy, and the whole experience is most definitely worth the effort. Does it ensure your acceptance into Ivey? Well... more on that later.

More importantly, here are some tips and general notes about the contest and project as a whole. Quite a few people have already asked me for help, so I figured I'd write them down for everyone:

One of the most important parts. Pick team members who you generally believe to have good ideas. Remember, you'll be living with Jonny for the next few months, and he'll be breathing down your neck at 2:00 in the morning. On the same note, if you can't stand Sarah's ticking-analog clock obsession, chances are you're going to flip out and stab someone with your glue stick (if that's your thing).

Really. Use DropBox. A lot of people underestimate how amazing DropBox is, and how much they need a file versioning/storage/sharing/backup program. With DropBox (which is free), you can share your entire "Feasibility" folder with Sarah and Jonny, who will then see every edit you make, and can make edits of their own. This all syncs to your computer whenever you're connected to the internet.

Why else? Well, when Sarah drops one of her clocks on her laptop and accidentally throws your entire project into the trash, you simply revert that change. What? Jonny's little brother Kevin replaced all your nouns with "LOLLLL"? Yeah, you can revert that in less than a minute too.

If you're not trying to win, pick something easy. Some ideas have been done multiples times, and have a good track record for scoring well. Unfortunately, these tend not to do well in the competition. If you're thinking something local and small, you're probably not going to win. Remember, you're trying to win over your classmates and judges (entrpreneurs, professors, HBA2s). Personally, I would be unimpressed with another textbook rental website.

In this day and age, a website is essential. Much the same, "going mobile" is not a strategy no matter how cool Jonny thinks it sounds. A web and mobile presence is required for a properly functioning modern business. In fact, listing mobile as a strategy just makes you look silly. As such, I encourage you to ensure at least one person in your group is familiar with the tech scene.

Declare Your Own Responsibilities

This is mostly a productivity trick in general. Rather than telling Jonny what he needs to have done for sometime next week, ask Jonny what he thinks is realistic, and have him say out loud that for example, he will have a comprehensive industry analysis done by next Friday. Better yet, take out your phone and record it all.

Yes, one person should do all the writing. I'll quote Joel Spolsky, the founder of Fog Creek Software:

If you've ever tried group writing, you know that there is no worse torture. Leave the group writing to the management consulting firms with armies of newly minted Harvard (Ivey)-educated graduates who need to do a ton of busywork so that they can justify their huge fees.

If Sarah is the best writer in your group, get out of her way and let her write. I would recommend that the rest of your group take on a respective area to research and understand. Each person should compile his or her own document, but this should not be copy pasta in the final report. It should, however, be comprehensive and understandable. It'll be the writer's job to translate and condense it into the final work.

There's nothing uglier than a bunch of copy pasta graphs from random websites. No one is going to read the specifics on the graphs anyway, so use your powers of estimation and redraw graphs on Excel. Choose one color scheme and stick to it. Basic Excel is easy, and it's one of those simple skills you can learn from Google.

Honestly, pie charts are terrible. The only time you should be using pie charts is when you're comparing two categorically different things and you want to exaggerate the magnitudes. Humans are in general terrible at distinguishing size differences in radial components, and just about any information you want to display in a pie chart can be easier understood from a bar chart.

Rather than do make an excel sheet specifically for your project, first make the template. This will allow you to make changes in your model and see how it works out. Ideally, it should look something like Shad Valley's Finance Sheet (Courtesy of Barry Bison). I don't know if it's academically honest to just use that, so maybe discuss it with your professor. In any case, it's a good reference.

My group argued with me for quite a while on my (large) estimate of a Pantry Expense - basically, stocking our pantry full of cookies and treats for employees. Make sure you know your industry inside out, because every industry has its quirks (11:00 AM rush hour in Sillicon Valley anyone?)

In your presentation, you need capture your audiance's attention. We accomplished this by an introductory slide that asked a bunch of thought-invoking questions. 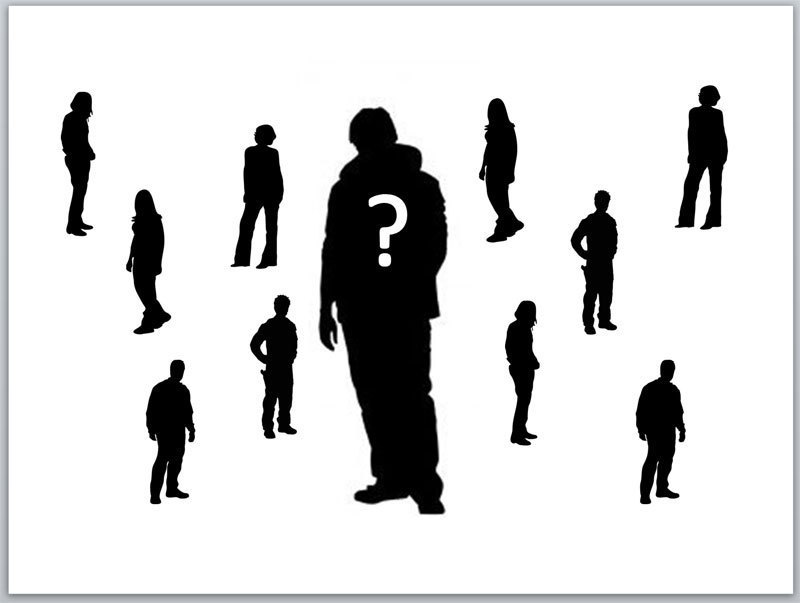 We then followed this up with some references to other presentations (we were second last) and a forever-alone trollface for humor. Humor is important. You should have about 3-5 jokes spread across your 15 minute presentation. As an example, in our Growth slide, our joke was having Kansas light up last after talking about technological savviness. 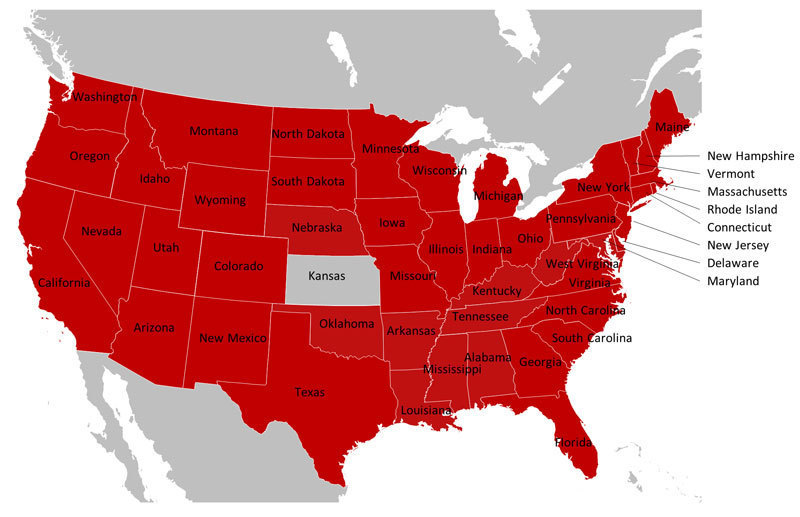 Pitches and tones are important. Hearing a deep voice for 15 minutes is just as bad hearing a squeaky one. Choose your presenters to bring balance and excitement. On the same note, do not have more than 4 people present. I find anything over 3 or 4 gets confusing, and makes it seem like you're more worried about having everyone talk, than you are about actually presenting the information.

Our slide deck has over 60 slides. We didn't present them all, but we prepared slides for Q&A. Remember that you can link slides together, so use that to your navigation advantage.

I had some more things to say, but decided to leave them out of this post. Hope this has been helpful!